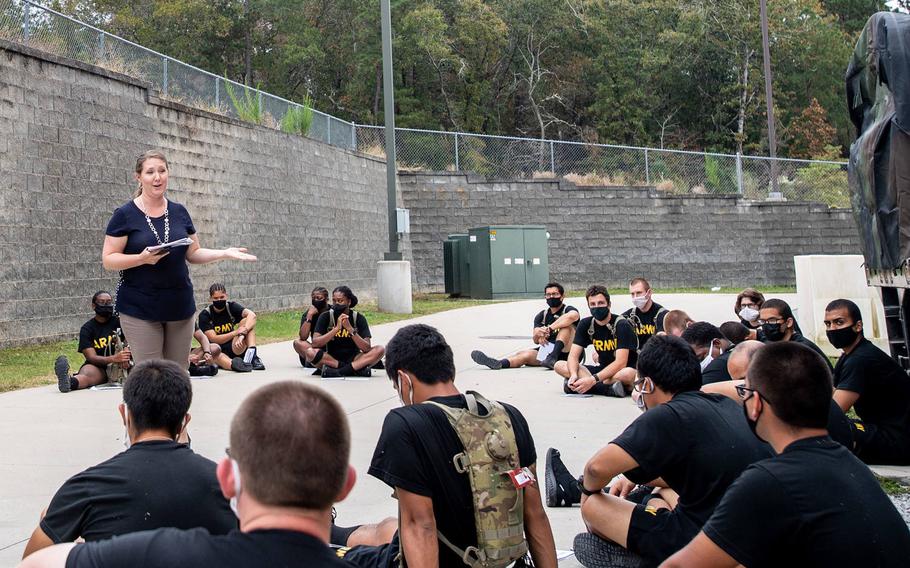 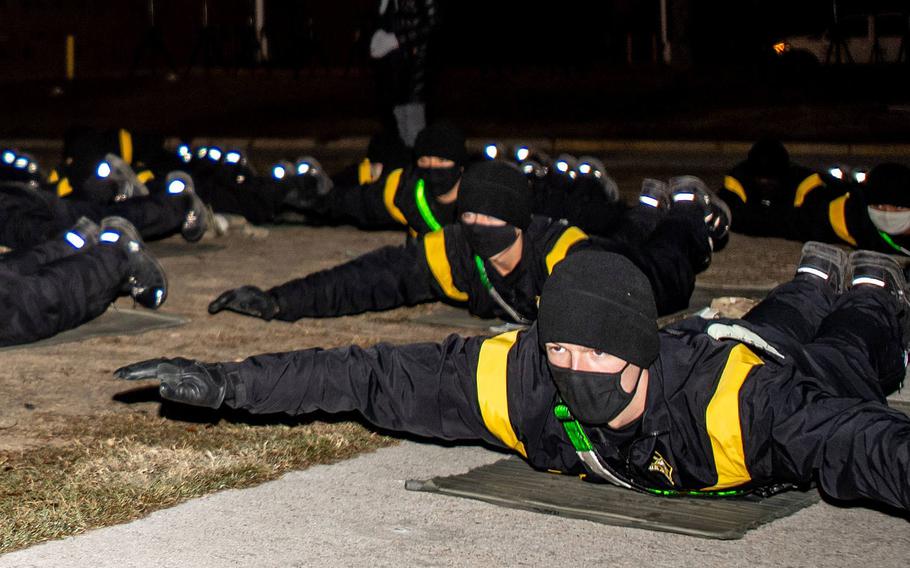 Trainees from the 2nd Battalion, 60th Infantry Regiment do yoga as part of a pilot program, Dec. 8. 2020. The Army is evaluating whether a program, incorporating yoga and mindfulness meditation, affects factors such as physical performance and stress management. (Josephine Carlson/US Army) The Army is studying whether the warrior pose could make better warriors after subjecting hundreds of new recruits to daily regimens of yoga and meditation as part of basic training.

The 10-week pilot program was designed to assess the possible military benefits of practices rooted in ancient Eastern pacifist philosophies, as the service seeks to combat declining physical fitness among military recruits.

“We realized that there is growing scientific evidence that mindfulness and yoga have positive effects on individual health and fitness,” said Major Kimberley Jordan, Doctor of Physical Therapy and Officer Supervising the program. “The basic combat training environment…was rich in a variety of performance indicators that we could assess or analyze.”

It’s one of the few studies on yoga in the military and one of the most important on mindfulness, Jordan said. Researchers analyzed the numbers from data collected last fall and final results are expected later this year.

Early feedback suggests improved endurance during ruck walks and obstacle courses, reduced pain during recovery periods, and better management of stress and homesickness, said Jordan, who has her -even used yoga to recover from injuries and included it in the treatment of some of his patients.

Although tied to Hindu and Buddhist traditions, the practices and poses taught were devoid of religious references. Chaplains were also consulted, she said.

Led by contracted trainers, half of the trainees did yoga for 15 minutes before and after normal morning physical training exercises – poses like downward dog, plank and chair positions. They also received two hours of weekly mindfulness instruction for the first four weeks and practiced meditation six days a week for 15 minutes before lights out, for the duration of the program.

The control group platoons used standard Army preparation and recovery exercises, such as windmill stretches, bends, and push-ups. Both groups and their drill sergeants participated in several surveys to gauge their attitude toward the program.

“I’m sorry, did you say yoga?” » Pfc. Joe Skeen said in a video on his popular TikTok account last month, responding to a post from a user named @pastelsoldier who apparently participated in the study.

Skeen, who has around 735,000 followers on the app, joked that the only yoga he could have done in his workout was downward facing dog pose while being punished.

Another trainee initially didn’t think yoga and the military went hand in hand, but quickly changed her mind, the military said in a December statement.

“I started to really enjoy and take advantage of the positions,” the Pfc said. Lina Alani said in the statement.

Mindfulness practices outside of nighttime meditation, such as standing for long periods of time at attention or scrambling, “really helped me focus on the task at hand,” said she declared.

The yoga training aligns with the Army’s new comprehensive health and fitness program, introduced to accompany the service’s first revision of its physical fitness test in four decades. The holistic health and fitness system is intended to help reduce injuries, obesity, chronic sleep deprivation and mental illness, according to an Army statement.

The decline in fitness among young Americans, including huge jumps in the rate of first-time failures of modified fitness tests administered to basic trainees from 2000 to 2010, has also been cited as a cause. origin of the need for a new approach.

Besides the fitness benefits, yoga may have other practical military training applications. For example, some soldiers were taught to take the archer-like wide stance of the warrior’s pose to help stabilize themselves when firing behind barriers during marksmanship practice.

“They don’t argue,” she said. “They generally have more respect for themselves, for each other and for the drill sergeants.”

“The trainees seemed discouraged or upset because they had to sit for 15 minutes mindfully,” said Staff Sergeant. Angela Alvarez, another drill sergeant cited in the statement.

There are no plans yet for additional rounds of the pilot program, Jordan said, but its results will help Training and Doctrine Command decide whether to continue using yoga and strength training. mindfulness.