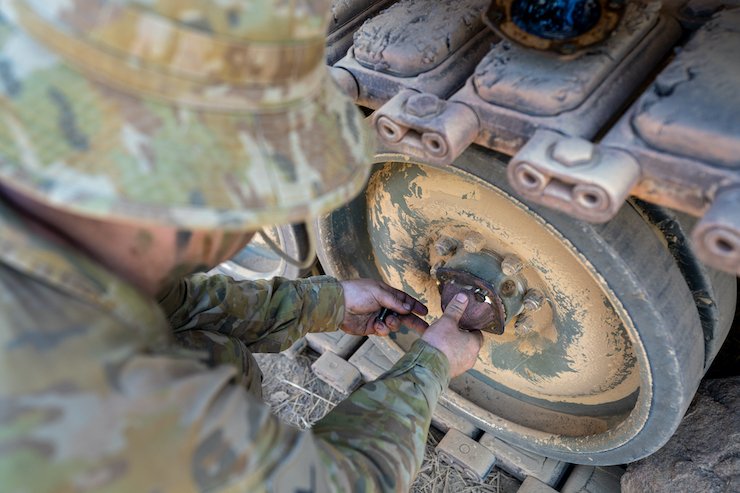 The Australian Army proved that it is possible to 3D print and replace parts of armored vehicles in the field during an annual military exercise.

This is the last important step in the testing of the organization of SPEE3D metal additive manufacturing technology, announced last year.

Exercise Koolendong is a bilateral military exercise between the Australian Army and the Navy Rotational Force – Darwin that takes place annually. In this year’s exercise, various components of the M113 armored personnel carrier were replaced with 3D printed metal parts produced with SPEE3D’s WarpSPEE3D machine.

During the exercise, more than a dozen pieces of M113 armored personnel carriers were identified, 3D printed, certified and then installed on the vehicles. This trial aimed to prove that metal 3D printing can produce high-quality, military-grade parts, which can also be validated and certified in the field. Among the printed parts was a two-kilogram M113 wheel bearing cover, which is often damaged by trees as the vehicle passes through Bushland. This part was printed in just 29 minutes with SPEE3D’s cold spray metal 3D printing technology at a cost of $ 100, with heat treatment, machining and testing also taking place in the field.

According to SPEE3D, the success of this trial, which followed a number of field trials in 2020 that resulted in more than 50 case studies of printable parts, demonstrated that additive manufacturing can play an important role in the future of defense preparation.

“This is a great example of how expeditionary metal 3D printing can improve defense readiness,” commented Byron Kennedy, CEO of SPEE3D. “Field trials conducted in 2020 proved that the SPEE3D technology was deployable. This year’s trial extension was larger, longer, and further away, making it the toughest and longest metallic 3D printing trial in the world to date.

The Australian military has announced that it will conduct trials of SPEE3D’s metallic 3D printing technology in February 2020, three months after the Australian Navy announced its own interest in the technology. SPEE3D’s metal 3D printing process was first tested in June 2020, followed by a high temperature and humidity test in August 2020. The military extended the program until 2021 to verify their first results. and then tested the WarpSPEE3D printer in hot and dusty conditions. for three weeks, after transporting the machine back and forth over 1200km in rough terrain. SPEE3D has helped shape the Army’s Additive Manufacturing (AMC) cell throughout 2021, with AMC ready to explore more repairable components using metal 3D printing as an alternative solution.

The TCT @ Formnext conference is your best opportunity to find out how AM is impacting the world today and how it will develop in the future. Buy your tickets now!

Want to discuss ? Join the conversation on the Global Additive Manufacturing Community Discord.

Get your FREE print subscription to TCT Magazine.